The history of Mother's Day and Gifting Ideas - The most popular gifts
Login or Register
0 item(s) - $0.00
No products in the cart.

Ultimately Mothers are in the first place in our hearts. Canadians celebrate Mother’s Day by showing their appreciation for mothers or mother figures. Mother’s Day in Canada is on the second Sunday of May each year, which falls on May 12 in 2019. Mother figures may include step-mothers, mothers-in-law, guardians, and family friends. Definitely it is the time to thank them for helping us through life’s challenges.

Celebrations of mothers and motherhood traces back to the ancient Greeks and Romans. In essence they held festivals in honor of the mother goddesses Rhea and Cybele. The history of Mother’s Day celebrations originates from Canada’s neighboring country, the United States. The American incarnation of Mother’s Day was created by Anna Jarvis in 1908. As a result Mother’s Day became an official U.S. holiday in 1914.

Her mother was a social activist forming clubs to promote peace and friendship during the American Civil War (1861-65). Hence she was praying for a commemoration day to acknowledge the service mothers give to humanity. After her mother’s death, Jarvis spent the early years of the 20th century campaigning relentlessly. Eventually, Mother’s Day became a recognized holiday honoring all mothers.

Below you can find the most popular Mother’s Day gifts in Canada.

Meanwhile you can find some interesting facts in our link beneath:

Why Do We Celebrate Mother’s Day?

The Mother’s Day Flowers – The history behind Carnations

Happy Halloween! We have collected 22 gift card message ideas for you this Halloween. They

It can be difficult to know what to say, how to express your emotions

10 Easter Gift Baskets For Everyone!

Spring is in the air with the warmer weather, birds singing, and more flowers

Need to add more color to your dinner table this Easter? These Easter cake

8 Easter Gifts and Gift Baskets For Everyone!

Christmas Night Gift Basket When you really want to indulge someone exceptionally good, you may

A World of Thanks – Christmas Special Gifts

When a cheerful visit is not possible to do, sending a get well soon

If you’re looking to give something meaningful to a loved one for a birthday, 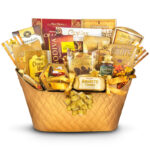 A perfect Celebration gift goes along with your best wishes when you select a lavish gift basket like this.

All prices are listed in CDN funds.